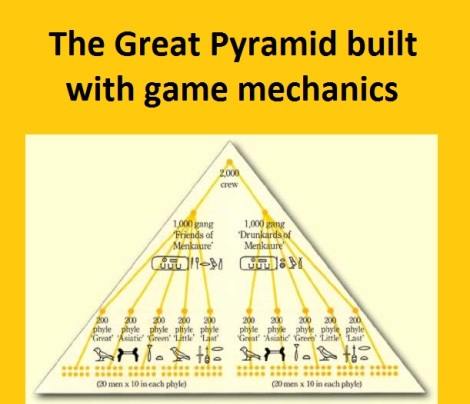 The Great Pyramid of Giza was erected more than four thousand years ago in the Early Kingdom of Egypt. How it was actually built is still mainly speculation. Nevertheless, there is one thing we do know for certain – they were built by a civilisation that did not use money.

Egypt in the Early Kingdom had an economy of barter and gift-giving. Of course this gave the Pharaohs the advantage of not having to find money to finance the construction of their dreams. Yes, they would have to find enough workers to dedicate their sweat and time to the construction tasks; they would have to feed and provide some sort of housing for these workers. According to the official records, what was handed out to these workers was bread and beer.

How could the greatest architectural feat in the world be paid for with bread and beer? Could it be that the primitive economy actually favoured the task? Or, let’s go one step further: could it be that a monetary system would have made the great pyramid’s construction impossible?

We are so concerned about the collapse of our markets; so worried about the fragility of our economies. There is more money in the world than ever, and less to go around. The economy demands sacrifices: wage cuts, tax increases. Money is so important, and can be so deadly … and yet …

The best pyramids were built long before money had been invented.