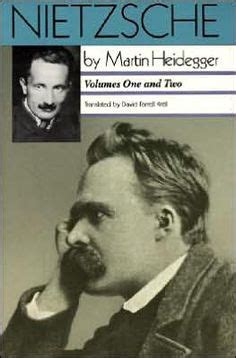 Nietzsche summarised the modern world by looking for the essence of each century and attributing a philosopher to each one[i]: The 17th century is aristocratic and ruled by Descartes; the 18th is feminine and dominated by Rousseau; and the 19th is animalistic and under the sway of Schopenhauer.

Following the same line of thought we could call the 20th century nihilistic and Nietzschean. The spirit of the 20th century is, above all, one of a paradoxical dominance: individualism rules, but so does the herd, and both are motivated by a dictatorial will. Because of this paradox, the 20th century is Nietzschean but also anti-Nietzschean: the Last Man has an ubiquitous presence whilst the Übermensch is a dangerous illusion that only appears in a form that has been perverted by the Last Man (Nazism). It is adolescent in spirit, greedy and neurotic.

But while the 20th century is Nietzschean, it is also Marxist and Capitalist and it is the century of economy more than anything else, one that is dominated by the god of money.

This century is yet to have begun for we are still immersed in the nihilist, plutocratic century of Nietzsche. Nevertheless, we can imagine what it needs to be like if we are ever to survive the internecine forces driving our lives at the moment.

If civilisation is to survive the 21st century, it must be a period of responsibility: ecological duties are pending, and these responsibilities are also linked to human rights and justice.

The philosophical will need to generate awareness and the transformation will only come about through the communication of that awareness. In that sense, the 21st century will have to be a new era of enlightenment. Likewise, it will be a time of maturing: the adolescent 20th century needs to become an adult. It will need to be forward looking, even teleological, and imbued with far-reaching teleological purposiveness. Everything must change, and it will be the most revolutionary era since the Neolithic.

The 21st century will see the emergence of a more consistent humanity that will start to identify itself as humanity instead of as a nation, religion, or race. Human nature will start to be perceived as the nature of the species – homo sapiens; homo habilis – rather than the manifestations of activity by the many kinds of social animal or the homo economicus.