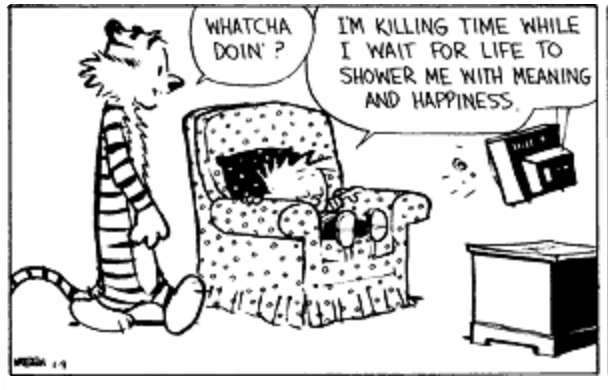 Nihilism (which is derived through rationality) and the relativism it creates (which is also rational) paradoxically opens up an enormous space for the irrational. The relativism inherent in nihilism that declares that everything is possible, therefore authorizing any opinion from a subjective point of view, is also stating that the irrational is valid as well, and while this opens doors for creative thinking it also drags the nihilist standpoint down into an abysmal hole where rationality drowns in relativity.

This is important because we exist in fundamentally nihilistic societies that seem on the surface to be driven by rationality, but are in fact deeply irrational. Nationalism, for example, is absurd if considered from the logic of human reason because all nationalism segregate humanity and national pride is an anti-humanist concept. Nevertheless, nationalisms, and their supposedly more benevolent sisters that are called patriotisms, have thrived in the modern, nihilistic world, despite the horrors that these concepts have procured (just think of wars and ethnic cleansings). Likewise, in the very midst of our contemporary world, we see a resurgence of logically absurd religious sentiment everywhere. While we applaud the technological advances of our civilisation, we also give credence to the mythological fantasies promoted by religious groups who still wield enormous power in our societies. As such, we live in a heterotopia: the world we think we live in, does not really exist at all.

Relativism, of course, is a synonym of scepticism that operates in reverse gear, taking the sceptical idea that everything is questionable, it turns it on its head and says that all things are just as questionable as each other and this, therefore gives them the same degree of validity: ergo, everything is valid.

So, from nothing is valid, we now get everything is valid, and this makes everyone happy in the feeling of freedom they have in order to be as irrational and carry out any illogical or down-right stupid act they feel like.

Yes, we still have the System to save us from anarchy, and the System can always use the extremisms of the logically absurd groups it associates with to enforce controls that would be impossible in a truly rational society rooted in holistic purposes and the central idea of humanity rather than floating aimlessly in an ocean of nihilism. 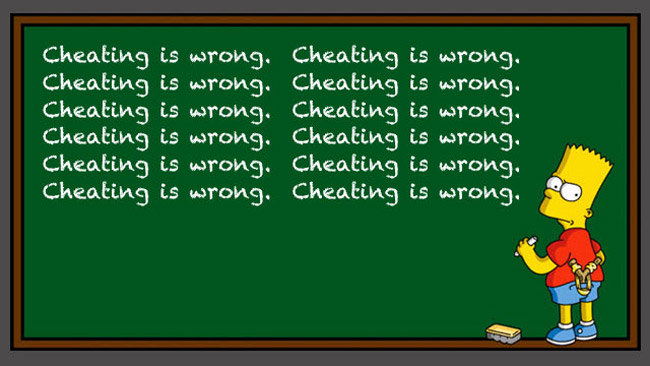 It is obvious that the triumph of Western liberal democracy[i] and its subsequent process of Globalisation has done very little toward bringing humanity more closely together. Quite the opposite is true: we all seem to be drifting further and further apart. But, if it has failed with humanity, what has two centuries of liberal democracy achieved with the individual? How successful has it been in its attempts to forge a society of strong-selves? If we have failed with the whole, then surely we must have succeeded with the individuals who are the antithesis of the whole?

But again it is obvious that we haven’t? In Nietzsche’s terms, we have achieved neither the Human nor the Superman, just the Last Man. The pathetic Last Man, bumbling through a cheating-game world of relativity and conspiracy theories. Conspiracy theories because, whether we accept them or not, they point an accusing finger at the basic fabric of the system, undermining all responsibilities and moralities with scepticism. How can one be morally responsible in a system which is inherently corrupt? The individual, rather than standing strong and finding a good position in the competitive world, finds him or herself immersed in a society of cheats. The system has now become a cheating-game and the strong-self has to be identified in such an environment as a morally irresponsible subject.

One can only be a strong, successful player in the cheating-game by being a good cheat. This of course makes all success seem suspicious. Eventually decisions need to be made in which “honesty” is needed, but… who can we trust anymore? A strong leader is obviously a good liar and a very good cheat. This kind of leader is useful at convincing us that we are happy in a world that in reality offers us very little… Useful that is until we start to understand the truth. And the simple truth is that we are being cheated.

The only way to combat the lie is by establishing positive, human objectives. We must look beyond the individual and the tyranny of egos in order to establish goals that are out of the cheating game. Goals without any other reward except progress towards human fulfilment. Goals that would pull us out of the cheating-game into another game with real rules that we know will really protect us and protect the world we depend on for our survival. All the rest is petty bickering, which is inevitable when you’re playing the cheating-game.

[i] See Francis Fukuyama’s thesis THE END OF HISTORY AND THE LAST MAN http://en.wikipedia.org/wiki/The_End_of_History_and_the_Last_Man 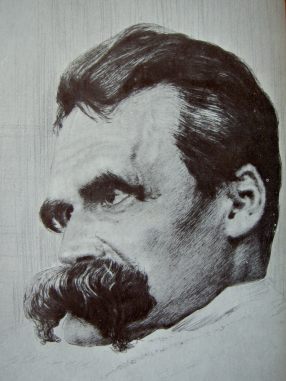 Forget the Übermensch, the Last Man and the Eternal Return, if Nietzsche really did have a determining influence on 20th century intellectual thought it was through his idea of the historical reinterpretation of reality:

“There is no set of maxims more important for an historian than this: that the actual causes of a thing’s origin and its eventual uses, the manner of its incorporation into a system of purposes, are worlds apart; that everything that exists, no matter what its origin, is periodically reinterpreted by those in power in terms of fresh intentions; that all processes in the organic world are processes of outstripping and overcoming; and that, in turn, all outstripping and overcoming means reinterpretation, rearrangement, in the course of which the earlier meaning and purpose are necessarily either obscured or lost. No matter how well we understand the utility of a certain physiological organ (or a legal institution, a custom, a political convention, an artistic genre, a cultic trait) we do not thereby understand anything of its origin.”[1]

Suddenly everything we know becomes suspicious. The accounts we have been given are no longer reliable, in fact they are almost certainly smoke-screens erected to hide the truth. And then comes the realisation that – if everything we know has come from distractions, deliberate lies even, then what do we know? Here we see the best of Nietzsche’s scepticism and cynicism. Like Diogenes, some two thousand years before him, he was looking at the Emperor, saw that he was naked and proclaimed the truth.

From Nietzsche onwards history “becomes a continuous chain of reinterpretations and rearrangements, which need not be casually connected among themselves.”[2] Evolution “is a sequence of more or less profound, more or less independent processes of appropriation… as well as the results of successful counterattacks.”[3]

The observations are brilliant, but Nietzsche himself does not conclude a subsequent need to discover and unveil the truth from this constant chain of falsities and falsifications, rather he applauds the falsifications as necessary (without using the actual term) and imagines his Will to Power exploiting this condition in which progress “is measured by all that must be sacrificed for its sake”[4], coming to the proto-fascist conclusion that: “To sacrifice humanity as mass to the welfare of a single strong human species would indeed constitute progress…”[5] Unfortunately, there could not be a more perfect Nazi slogan.

Nietzsche, who saw the great dangers of nihilism and was terrified by them, just as he was terrified by the negating process of scepticism, needed an anchor for his thought, an anti-nihilistic grounding, for he knew that without one humanity was doomed. The will to power was one of those anchors, as was the Eternal Return. While the latter was indefinite, fantastical and weak, the former was perverse, only succeeding in dragging his most brilliant sun-scorched illuminations into the cool shade of the status quo. His idea of power as freedom would prove to be deeply reactionary and after Nietzsche the 20th century produced a succession of power/freedom regimes that have made humanity more insipid and ignoble than ever before. We now have a power/freedom aristocracy that is driving humanity to the brink of destruction and Nietzsche’s dreams of sacrifice for the good of the single strong species seem hardly any different to Christian fantasies of the Apocalypse.

The Twitting Tweets or the Tweeting Twits