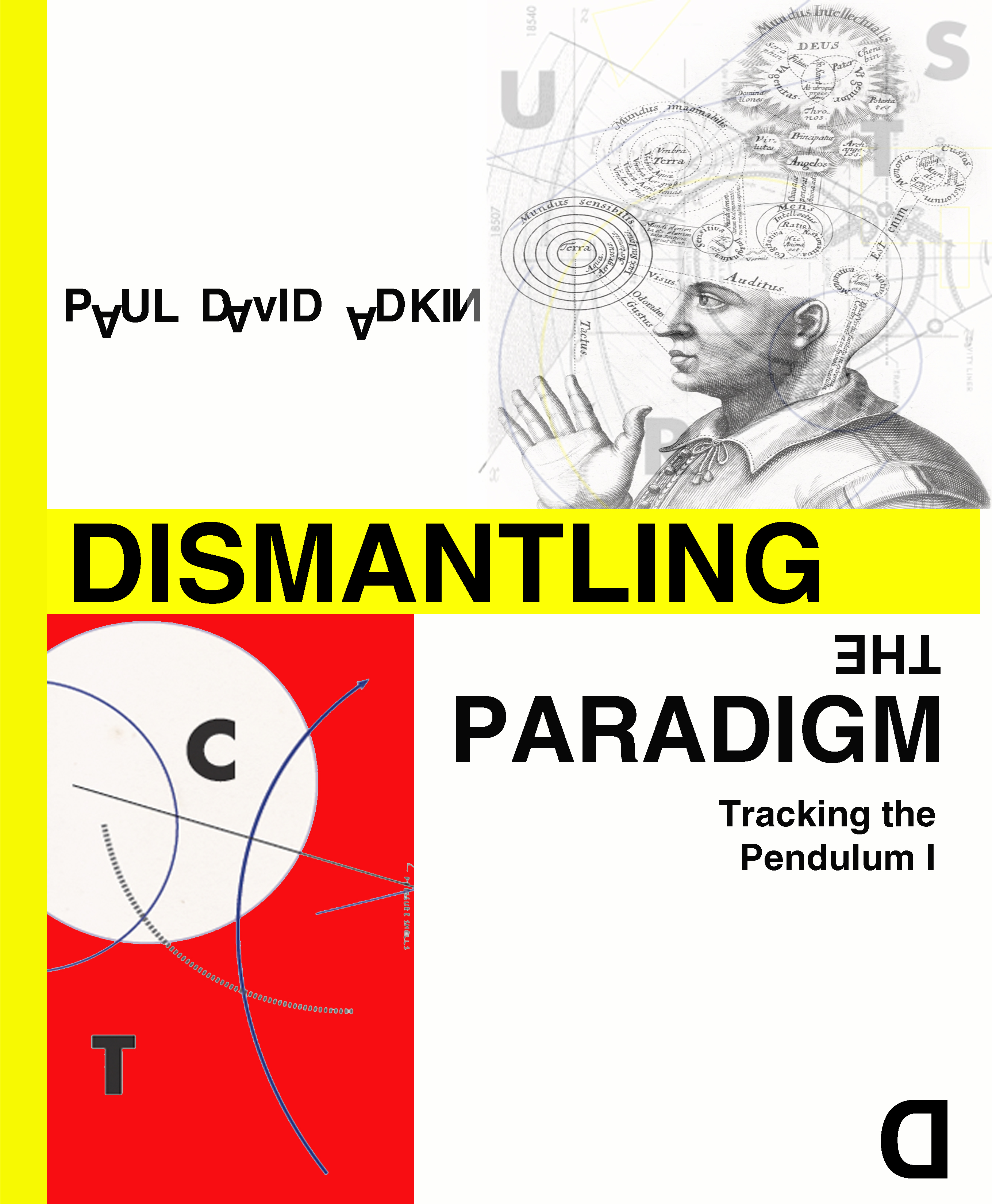 We are driving a juggernaut along a road which leads directly to a cliff edge. If we go straight, we will topple into an abyss. Obviously we cannot continue the way we are going. To avoid annihilation, we have one of two choices: we can either turn left toward a Utopia, or right into a Dystopia. It seems obvious which decision needs to be made. And yet … most of those on board are screaming to the driver to turn right. Why? Why would we choose a Dystopia before a Utopia?

I am proud to announce the publication of my book Dismantling the Paradigm after more than six years of preparation. The English version was ready to be published two years ago, but I have delayed its appearance until now in order for it to coincide with the presentation of the Spanish version. The fact that this deferral has brought the book out into this pandemic world, seems almost propitious: the Covid-19 crisis has stripped our already shabby and dangerous system, our capitalist paradigm, of its armour and left it looking bedraggled and feeble in its underclothes. The benevolent effects of a massive human lockdown and the dramatic reduction of our economic activity has shown us how quickly we can clean the polluted air of our cities and make the world a cleaner and ecologically safer place. A progressive, and revolutionary, sentiment of not returning to the old normal has emerged, which demands a radical rethinking of the voracious paradigm we have been immersed in for the last half-century. But the question still remains of how to step cleanly away from this system.

Dismantling the Paradigm attacks this question head on, revealing the perverted nature of our now globally effective, WEIRD civilisation, with the premise that we can only change things if we can objectively understand what needs to be changed.

If the dawning post-pandemic era is not going to fall into the constraining negativism and wall-building, anti-human authoritarianism of the far-right, and for the future to be a positive step forward from the disaster of the global affliction, it is necessary that we comprehend the real nature of the system we are emerging from. Dismantling the Paradigm was contrived before Covid, but it has become even more imperative that it finds readers in order to imagine the world coming next.

Dismantling the Paradigm is now available from the Amazon online store:

Philosophy and science have always had a profound love of questioning our view of reality, to such an extent that we could affirm that ontological doubt is part of the essence of what philosophy and science are. Any love of knowledge has to be prepared to assume, as Socrates did, that what we think we know is really fundamentally wrong, and it is only when one is capable of making that assertion that any meaningful philosophy and science can take place.

Philosophy tries to grasp reality through the discipline of reason, and science takes that reason one step further by conducting physical experiments that can prove what the deductions to their theoretical reasonings have been pointing to. Of course, philosophy and science are different disciplines, but, in a Venn diagram display, they are also subsets that overlap, and they are both enclosed in a larger set – the art of questioning.

To tackle specific questions like how does an earthworm procreate, or what is the molecular composition of water, we would turn to science, while the bigger questions such as what is justice or does God exist, lend themselves to the logical deductions of philosophy – or at least, that is how we have traditionally operated when applying the art of questioning to our world and our existence in that world. Nevertheless, with the development of cosmological exploration combined with the pursuit of understanding the quantum mechanics of the Universe, science has started to delve into the once seemingly impossible areas of knowledge that were once considered the metaphysical realm, reserved for the spiritual contemplation of monks and prophets and were the great mystical factories of religious contemplation and thought about God.

Quantum mechanics is one of the most bizarre and challenging fields of questioning that our minds have ever devised as it is full of seemingly illogical conclusions, such as the idea of nonlocality, or the fact that subatomic particles and wave forms exist in different consecutive states until they are observed, and that they possess awareness and memory. Ironically, it is the almost equally bizarre notions of certain philosophical contemplations that can help us fathom the real scope of the quantum scientists’ invasion of the metaphysical field. In order to unfold the mysteries of the quantum it helps to contemplate them through the prism of certain philosophical ideas that these physics of the invisible are related to.

For example, in quantum wave theory the physicist Bohm describes reality as we perceive it as a mere abstraction of the truly chaotic form of authentic reality. In a sense, the reality we perceive is an illusion that is generated by the limited perception of our senses. And this idea is an echo of what Plato affirmed in his famous cave allegory, in which, Plato argued, the reality we perceive is really but a shadow of the true state of the Universe, created by a light that is invisible to us, a light which is, as in Bohm’s statement, modified by our perception of it.

However, there is a major difference between Plato’s allegory and Bohm’s theory: for Plato the authentic reality is an illumination and a truth that we need to look for, through a contemplation that allows us to see beyond the illusion that we call reality, but Bohm’s quantum reality is in itself a chaotic, formless state which would be fairly meaningless even to any god. It is certainly not a state that any human could wish to fully exist in, because all existence in it would be annihilated. It is only the creation of the albeit, illusionary forms, fashioned by our perception that any meaning and purpose can be infused within the Universe, and in this way we actually have a reversal of Platonic idealism. There are no authentic forms implanted in human minds by the gods, the authenticity is chaos, and the forms of reality we have are our creations, configuring the muddled state of reality and subjecting it to the limits of our organs of perception that need to make sense of the chaos in order to allow us to exist in that disorder.

It is also interesting to look at the quantum view of reality through the prism of Berkeley’s form of idealism, which basically stated that nothing exists until it is perceived. The idea that quantum particles exist in a chaotic state until they are perceived could be seen as a scientific affirmation of Berkeley’s logical deduction. According to quantum physics, observation has a manifesting effect on the quantum field. It is the perception and observation of the quantum that makes the quantum manifest in forms. Reality, as we know it, becomes manifest when it can be revealed by conscious, rational minds through conscious, rational perception.

Now, if we switch our point-of-view and instead of looking at quantum science through Idealism we observe Idealism through the filter of quantum mechanics, then we clearly see that without sentient agents to make reality concrete, the real operates in a state of completely purposeless chaos. Making reality concrete or manifest through the structuring that perception gives it is the first step towards making it purposeful.

Paul's novel PURGATORY can be bought or browsed in at Amazon